1. All submitted papers MUST be written in English.

2. Any submission must not have been, or will not be published elsewhere or submitted to another conference before the review notification date of this conference.

3. All submissions will be peer-reviewed based on originality, technical quality and presentation.

4. Each paper should be at least 4 pages or longer.

5. To complete the paper plan in advance and expand the scale of the meeting, ICITEE2021 encourages you to recommend more manuscripts

6. Article repetition rate cannot be higher than 18%, otherwise it will be rejected directly.

7. If you have a brilliant contribution in Information and Communication Technology area, and willing to serve as a TPC/Keynote Speaker, Please send your CV via email .

8. If your university is willing to serve as the conference co-organizer, please contact directly. 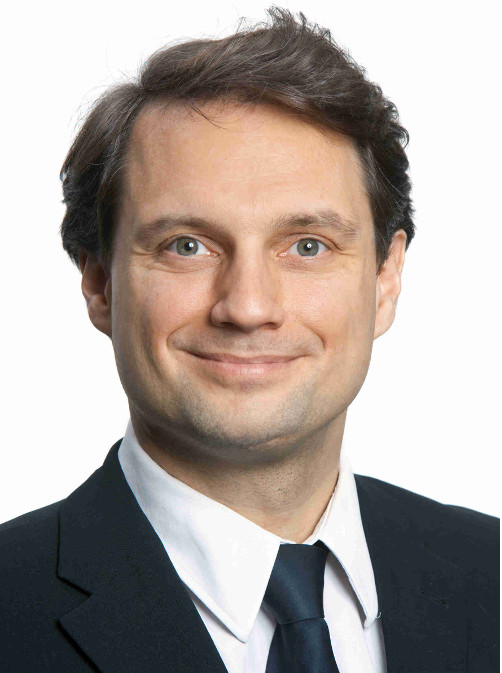 Peter Palensky received his MSc. in Electrical Engineering in 1997 his PhD in 2001, and his Habilitation in 2015, all from the Vienna University of Technology, Austria. He co-founded a Envidatec, a German startup on energy management and analytics, and joined the Lawrence Berkeley National Laboratory, CA, as researcher, and the University of Pretoria, South Africa, in 2008. In 2009 he became appointed head of business unit on sustainable building technologies at the Austrian Institute of Technology (AIT), and later the first Principle Scientist for complex energy systems at the AIT. In 2014 he was appointed full Professor for intelligent electric power grids at TU Delft. He is active in international committees like ISO or CEN and serves an IEEE IES AdCom member-at-large in various functions for the IEEE. He is editor in chief of the IEEE Industrial Electronics Magazine, associate editor for several other IEEE publications, and regularly organizes IEEE conferences. His main research fields are energy automation networks, smart grids, and modeling intelligent energy systems.

Abstract：The power system - man's largest machine - receives increasing attention from questionable parties. Activist hackers, terrorists, digital vandals, state player attacks: they all aim at the digital assets of modern power systems in order to impact the physical half of it. Industrial control systems for power systems are one element in this landscape that is targeted. This talk will introduce you to cyber-physical power systems and explain which threats we have to deal with now and in future. It will also explain some known attacks of recent years and demonstrate you how to hack digital power system protection and that this could lead to cascading outages - more prominently known as blackouts.

From 1978 to 1986, he was a Research Engineer at the GEC Hirst Research Centre, London, U.K. From 1986to 1987, he was a VLSI Design Engineer at Austek Microsystems, Australia. Since 1987, he has been with The University of Adelaide, where he is presently a full Professor with the School of Electrical and Electronic Engineering. He coedited Quantum Aspects of Life (London, U.K.: Imperial College Press, 2008), coauthored Stochastic Resonance, (Cambridge, U.K.: Cambridge Univ. Press, 2008), and coauthored Terahertz Imaging for Biomedical Applications (New York, NY, USA: Springer-Verlag, 2012). His interest is in the area of multidisciplinary physics and electronic engineering applied to complex systems. His research programs span a number of areas of energy policy, photonics, biomedical engineering, and computational neuroscience. He has won a number of awards including the Tall Poppy Award for Science(2004), an Australian Research Council (ARC) Future Fellowship (2012), the David Dewhurst Medal (2015) for biomedical engineering, the Barry Inglis Medal for measurement science, in 2018, and the M. A. Sargent Medal for eminence in engineering, in 2019.

Abstract: This talk will take a ‘big picture’ view of the world's energy needs and the resources needed to meet demand. It will identify which resources and sources of energy are in abundance, and which are the weaker links. Gaining this understanding assists engineers in advising longer term energy policy and future directions. We will touch upon the potential role of energy conservation, the rationale of hydrogen as an energy vector, the AC versus DC debate, the evolution towards greater electrification, and the role these might play in shaping our energy future.

Ahmed Chemori received his M.Sc. and Ph.D. degrees, both in automatic control from Polytechnic Institute of Grenoble, France, in 2001 and 2005 respectively. During the year 2004/2005 he has been a Research and Teaching Assistant at Laboratory of Signals and Systems (LSS - Centrale Supelec) and University Paris 11. Then he joined Gipsa-Lab (Former LAG) as a CNRS postdoctoral researcher. He is currently a tenured research scientist in Automatic control and Robotics for the French National Center for Scientific Research (CNRS), at the Montpellier Laboratory of Computer Science, Robotics and Microelectronics (LIRMM). His research interests include nonlinear (robust, adaptive and predictive) control and their real-time applications in robotics (underactuated robotics, parallel robotics, underwater robotics, humanoid robotics and wearable robotics). He is the author of more than 130 scientific publications. He co-supervised 18 PhD theses (including 10 defended) and more than 40 MSc theses. He served as a TPC/IPC member or associate editor for different international conferences and he was involved in the organization of different scientific events, including Summer Schools, workshops and conferences. He has been a visiting researcher/professor at different institutions (NTNU - Norway, Tohoku University - Japan, EPFL - Switzerland, TUT - Estonia, HUST - China, UPC - China, CINVESTAV - Mexico, UPT - Mexico, Chiang Mai University - Thailand, KAUST - Saudi Arabia, ENIT - Tunisia, ENSIT - Tunisia, UMC - Algeria, etc). He has also delivered various plenary/keynote lectures at different international conferences.

Abstract: Serial robotic manipulators consist of a set of sequentially connected links, forming an open kinematic chain. These robots are mainly characterized by their large workspace and their high dexterity. However, despite these advantages, in order to perform tasks requiring high speeds/accelerations and/or high precision; such robots are not always recommended because of their lack of stiffness and accuracy. Indeed, parallel kinematic manipulators (PKMs) are more suitable for such tasks. The main idea of their mechanical structure consists in using at least two kinematic chains linking the fixed base to the travelling plate, where each of these chains contains at least one actuator. This may allow a good distribution of the load between the chains. PKMs have important advantages with respect to their serial counterparts in terms of stiffness, speed, accuracy and payload. However, these robots are characterized by their high nonlinear dynamics, kinematic redundancy, uncertainties, actuation redundancy, singularities, etc. Besides, when interested in high-speed robotized repetitive tasks, such as food packaging applications, the key idea lies in looking for short cycle-times. This means obviously to look for short motion and short stabilization times while guaranteeing the robustness and performance with respect to disturbances and changes/uncertainties in the operational conditions. Consequently, if we are interested in control of such robots, all these issues should be taken into account, which makes it a bit challenging task.

This talk will give an overview of some proposed advanced control solutions for high-speed applications of PKMs in food packaging and machining tasks. The proposed solutions are mainly borrowed from nonlinear robust and adaptive control techniques and have been validated through real-time experiments on different PKM prototypes. 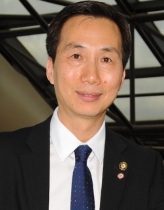 Biao Huang received his Ph.D. degree in Process Control from the University of Alberta, Canada, in 1997. He joined the University of Alberta in 1997 as an Assistant Professor in the Department of Chemical and Materials Engineering and is currently a Full Professor, and NSERC Senior Industrial Research Chair. He is an IEEE Fellow, Fellow of the Canadian Academy of Engineering, and Fellow of the Chemical Institute of Canada. He is a recipient of awards including Alexander von Humboldt Research Fellowship from Germany, Best Paper award from IFAC Journal of Process Control, APEGA Summit Award in Research Excellence, AsTech Outstanding Achievement in Science & Engineering Award and Bantrel Award in Design and Industrial Practice, etc. He has published five books and more than 400 peer-reviewed journal papers. His research interests include process control, data analytics, machine learning, Bayesian inference. He is currently the Editor-in-Chief for IFAC Journal Control Engineering Practice, Subject Editor for Journal of the Franklin Institute, and Associate Editor for Journal of Process Control.